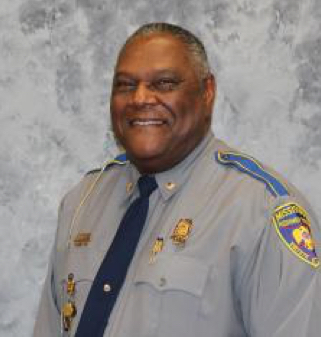 Major Jimmy O’Banner has been the Southern Region Enforcement Major since 2013. He graduated from Cadet Class 41.  Major O’Banner has served numerous capacities that include Driver Services, Executive Officer of District 8 and Captain of Troop K. He has attended several schools and training throughout the United States.

Major O’Banner is a graduate of Mississippi Valley State University where he earned his Bachelor’s Degree in Sociology.